Fiat-Chrysler has agreed to pay over $800 million in fines and compensation for using defeat devices in 3-liter EcoDiesel engines. The settlement includes an average payout of $2,800 for each of the affected owners and lessees. 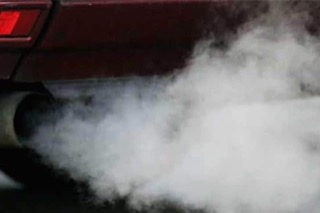 A Cummins 6.7-liter emissions class-action lawsuit has been dismissed after the judge ruled the plaintiffs couldn't prove their case. 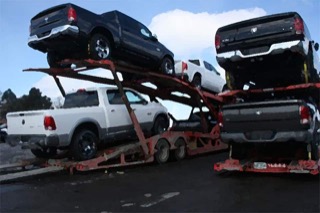 The air suspension in the 4th and 5th generation Ram 1500 doesn't work in cold weather and that's a pretty big problem if you live in Canada where checks notes it gets cold.
So it's no surprise that a class-action has been filed on behalf … continue reading

A lawsuit concerning hacking vulnerabilities in Fiat-Chrysler’s (FCA) Uconnect system is headed to trial this October. The lawsuit was filed after researchers showed how a Jeep could be controlled remotely through the infotainment system. F … continue reading

Fiat-Chrysler (FCA) has settled allegations that it used an emissions defeat device in over 100,000 vehicles with 3-liter EcoDiesel engines. FCA didn’t disclose that the 2014-2016 Ram 1500 and Jeep Grand Cherokee contain an auxiliary emissi … continue reading

According to the lawsuit, the EPA found the “principal effect of one or more of thes … continue reading

A Uconnect lawsuit has been filed in Kansas. While Ram trucks aren't mentioned by name, you can tell me if any of this sounds familiar.

&quot;the Uconnect system in the Dodge Dart began to freeze and then shut off in April 2016, leaving a … continue reading

Fiat-Chrysler was able to get most of the claims of a 2015 lawsuit thrown out, however the case won't be completely dismissed.

Death wobble worries have Ram owners up in arms, and now a class-action lawsuit has been filed claiming Dodge knows about the problem, but doesn't know how to fix it.

The Ram lawsuit alleges Chrysler has known about the &quot;death wobble& … continue reading

Remember last year when Chrysler recalled 1.2 million trucks for tie rod problems? Well, turns out replacement parts have been hard to come by and owners, tired of waiting, have filed a class-action lawsuit.